Brokeback Mountain On Stage Brings the Story to Life Yet Again.
Kaylia Metcalfe


It started out as a short story.

At only approximately 30 pages in its paperback form, it was written by Annie Proulx and originally published by The New Yorker in the fall of 1997 and then reprinted later as part of a collection.

It won prizes, prizes that mean a lot in the literary world but not always much outside that sphere. Which means, it was known, but not popular.

And then in 2005 it was adapted to a film… a film that broke boundaries, that turned the mainstream media and pop culture on its ear with its depictions of gay cowboys, notably a homophobic gay cowboy played by a pretty boy straight actor. 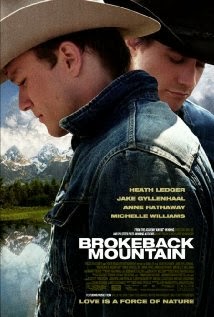 Of course the movie was controversial, but great art often is. At its core, it is a love story with a tragic ending and characters who will haunt you for years to come.

The film adaptation was done, in part, by the author herself who fleshed out he characters and gave more space to a few side characters. This expansion of the story was important… it needed to happen in order to be movie-big. Having Proulx be a part of the adaptation kept the film true to the intent of the original.

The movie was a critical as well as a commercial success. It won the Golden Lion at the Venice Film Festival and was honored with Best Picture and Best Director accolades from the British Academy of Film and Television Arts, Golden Globe Awards, Producers Guild of America, Critics Choice Awards, and Independent Spirit Awards among many other organizations and festivals.

Closer to home, it was nominated for eight Academy Awards, the most nominations at the 78th Academy Awards, where it won three: Best Director, Best Adapted Screenplay, and Best Original Score. The film was widely considered to be a front runner for the Academy Award for Best Picture, but lost to Crash.

Now, 17 years after The New Yorker and 9 years after the movie, the story of Jack and Ennis is being adapted again… this time for the stage. But it isn’t a big splashy musical, it is an opera.

Which is fitting. Opera is grand. It is sweeping arias and epic crescendos of music. It is, by its very essence, larger than life. The already expanded story has been expanded yet again, giving more character development to the two wives and Proulx herself wrote the libretto (text of the opera) saying, "For me it was wonderful to have the space. The opera has much more room for exposition and character growth. The story enlarged and gained a layer of depth."

Gerard Mortier and the New York City Opera commissioned Charles Wuorinen, an American composer, to turn the story into a work for the operatic stage. It was completed in 2012, but the premiere was postponed after New York City Opera's General Director, Gerard Mortier, resigned. The project was then again taken up by Mortier at the Teatro Real in Madrid where it premiered last month.

"The story is fraught, and has the kind of immediacy that makes it ideally suited for an operatic treatment.” Wuorinen says, “ It's not an ideological piece ... It's just a piece about a universal human problem which doesn't get resolved," 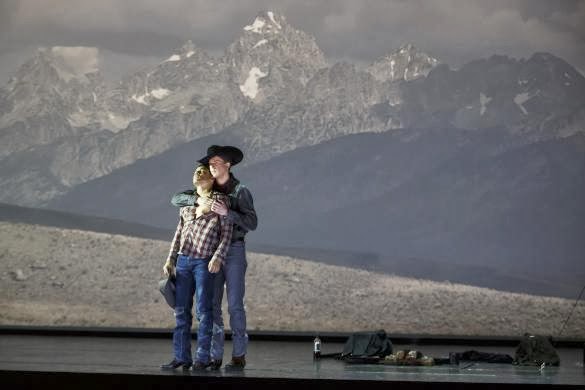 The reaction to the new medium has been mixed, but one this is for sure. We haven't seen the last of Brokeback Mountain.
Thus sayeth Kaylia Metcalfe on Monday, February 10, 2014
Email ThisBlogThis!Share to TwitterShare to FacebookShare to Pinterest