I used to take part in a weekly photo blog meme called Ruby Tuesday and I have decided to jump back in.

Basically you post photos of things that are red... I used it as a way of giving a small slice of my life.

The original meme was done by Mary The Teach, but times change and even though she is no longer involved, it is nice to see the new Ruby Tuesday 2!

Anyway, here is my foray back into the land of red!

First up we have my awesome red iphone cover.
I needed a tough cover because my phone goes everywhere with me and has to survive my purse, being dropped, baby drool, etc. I love my case and the fact that it protects the camera lens. 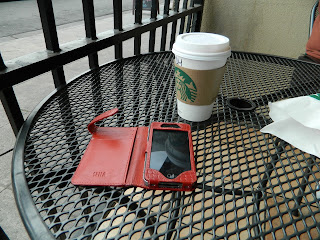 I took this photo in the Tower last weekend. Sitting at a coffee shop, taking photos, reading or writing... this used to be a regular pastime for me. However, with the introduction of Baby Ella into my life, moments like this are few and far between. On this day, I was getting a bit of alone time because I had a staff meeting at the community center... and because there was going to be a parade in the district, I had to get there super early.. which meant time to relax and people watch with some hot cocoa!

My next photo is from that same day. 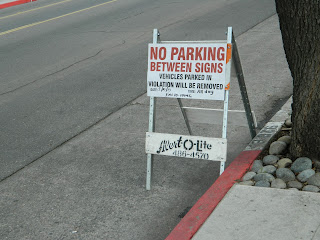 Sometimes I am very glad that I am a non-driver. There are indeed issues with having to get rides or take the bus... but sometimes it works out.

Also, I heard a lot of people complaining that they had to park a few blocks away from the parade route.

They had to park... and then wlak... for something like 2 or three blocks... so that they could sit and watch a parade.

Pardon me while I roll my eyes.

Hey there! I could have sworn I've been to this website before but after reading through some of the post I realized it's new to me.

Anyways, I'm definitely delighted I found it and I'll be book-marking and checking back often!
Also visit my web-site search engine optimisation

Not fond of driving either!

You may leave me a comment on my Valentine Rubies

Have an enjoyable LOVE day!!