And what better way to celebrate than with The Cosby Show! 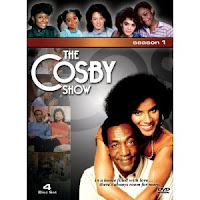 The Cosby Show was an American television situation comedy starring Bill Cosby, which aired for eight seasons on NBC from September 20, 1984 until April 30, 1992. The show focused on the Huxtable family, an affluent African-American family living in Brooklyn, New York.

According to TV Guide, the show "was TV's biggest hit in the 1980s, and almost single-handedly revived the sitcom genre and NBC's ratings fortunes".

Entertainment Weekly stated that The Cosby Show helped to make possible a larger variety of shows based on people of African descent, from In Living Color to The Fresh Prince of Bel-Air.[2]

Other sitcoms, such as Home Improvement and Everybody Loves Raymond, would later follow that pattern. The show spawned the spin-off A Different World, which ran for six seasons from 1987 to 1993.

Although the cast and characters were predominantly African-American, the program was unusual in that issues of race were rarely mentioned when compared to other situation comedies of the time, such as The Jeffersons. However, The Cosby Show had African-American themes, such as the Civil Rights Movement, and it frequently promoted African-American and African culture represented by artists and musicians such as Jacob Lawrence, Miles Davis, James Brown, Stevie Wonder, Michael Jackson, Lena Horne, Duke Ellington, Dizzy Gillespie, and Miriam Makeba. The show's spin-off, A Different World dealt with issues of race more often.

The show was noted for portraying only a certain portion of the African-American population.[8] Conversely, it was praised for breaking traditional racial stereotypes, portraying African Americans who were educated and successful.

The Cosby Show is one of three television programs (All in the Family and American Idol being the others) that was #1 in the Nielsen ratings for 5 consecutive seasons.[9]