I’m rather sore today. It started yesterday but has gotten worse over the past 24 hours… this ache in my right side that feels like a really badly pulled muscle. It hurts to breathe deeply, to move, to stand or sit or even lie down.Not sure if it is because i stretched too much or not enough. My working out habit hasn't been what it was a few weeks ago, what with the travel, the sleepiness, and oh yes, the trip to the ER.
Anyway, this soreness or whatever, it varies between discomfort and pain… and I wonder if this is nature’s way, my body’s way, of telling me that I’m a wimp and that I should be even more afraid of the impending labor than I already am.
In other news, my laptop which had developed a nasty habit of overheating after only being on for 20 minutes (serious over heating btw, ice packs were involved) has been fixed and is even now winging its way back to Best Buy. I have no idea how long the shipping will take, but I am glad to read that I might have it back within a few days.
My Maifan-San was sweet enough to let me use his computer, let me set up a profile etc, but it isn’t the same…. Oy, we are such creatures of habit aren’t we?
Habits: good at times, bad at others. It has been a week and a half since I list bit my fingernails (speaking of habits that are bad and deserve to be broken). And it has been two days in a row in which I have blogged (speaking of habits I am trying to get back into).
But the habit I most want to get back into, the habit that shouldn’t care about sore baby making muscles and shouldn’t be determined by which computer I have access to…..
The novel.
Yes, still a work in progress.
A little bit each day…. That should do the trick…. Right? Right? 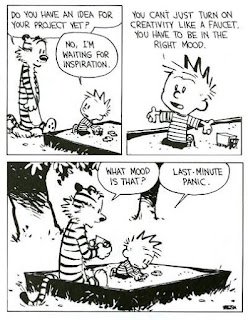 Thus sayeth Kaylia Metcalfe on Thursday, May 24, 2012
Email ThisBlogThis!Share to TwitterShare to FacebookShare to Pinterest
Labels: Being a Mom, Goals, Self, Writing