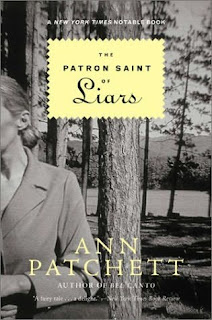 The book tells the story, in three parts with three connected narrators, of Rose a pregnant woman who leaves her first husband, Son, her second husband and chosen father of her daughter, and Ceclie, the unwanted but much loved daughter who is raised partly by a Catholic home for unwed mothers.

At its core, it is a story of love and how love can be difficult to give and sometimes even more difficult to receive. The characters are vivid and real. The pace is perfect., but perhaps the best part of the book is the subtle lesson it teaches about perspective.

For the first third, we are in Rose’s head as she leaves her husband and drives herself to the Catholic home for unwed mothers. Although she sounds like an unsympathetic character, she isn’t. Her pain and frustration are understandable, at least on the surface, and we are rooting for her and her untapped potential.

But then things change. The second portion is Son’s voice and it is his responses to Rose, now totally cut off from the reader in terms of emotion, that we identify with. We, as son… and especially later as Cecile, don’t understand Roses’ actions. We can’t even begin to comprehend her because we aren’t her anymore. we are the oribitng planets that revolve around her.

If there was ever a subtext about accepting that you don’t know a person until you have walked in their shoes (or, to be more precise, lived in their narration head) it is in this book and it is done beautifully.

Again, Patron Saint of Liars tells an interesting story that speaks to every woman who might feel alienated from her mother… or herself. Well written and strangely intimae, this book will stay with you.
Thus sayeth Kaylia Metcalfe on Monday, July 12, 2010
Email ThisBlogThis!Share to TwitterShare to FacebookShare to Pinterest
Labels: Review: Fiction