About once a week I get an email asking me about The Maifan-San. Regular readers of my blog sometimes have a vague glimmer of who this is, while others are downright confused.

So I thought I would write a quick post explaining him and his unusual nickname. Partly because he is fun to talk about and partly so that I have a good “go to” place to send any future inquiries. 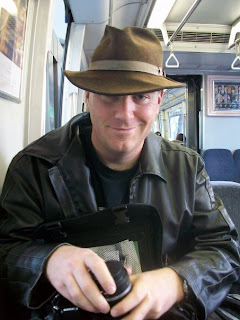 When I first started this blog (and back then it was a fiction only blog, -my how times have changed in 300 + posts and a year and a half, hmm?-) I was a bit shy about writing names. I saw on other blogs that the significant others and children of the bloggers tended to have nicknames.

This was a good thing, see at the time I was dating a nice young man, had been dating him for a while but the label of “boyfriend” wasn’t being used. I didn’t want to refer to him as “the guy I’m dating/sleeping with/hanging out with/ slowly falling in love with”…. What was a girl to do? 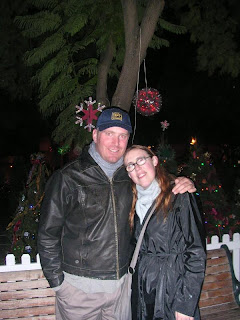 I could have called him Anthroslug. That is, after all his blog name. But… and don’t hate me, but I really don’t like the word. I get it… I know it is a combo of anthropology (his major in college) and the illustrious banana slug that is his alma mater’s mascot… but… it isn’t the sort of pet name one would chose to call her partner/lover/dating buddy/regular weekend dinner companion.

So I started calling him The Man.

I also got to say “Damn The Man, Save the Empire!” and then chortle to myself because it seems only like ten of us ever saw that movie…. 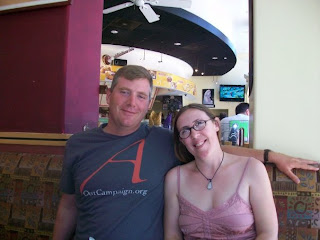 Anyway, this worked for a while but then he actually became my boyfriend and I started to wonder if I should maybe call him something else.

In our more private moments I would occasionally call him my Stud-Muffin because first off it embarrassed him slightly and secondly he really is a Stud-Muffin of epic proportions. He is sexy, smart, good looking, funny, kind… he has an interesting job, cool hobbies, nice friends… oh and did I already say smart and progressive and fun… best part: he likes (now loves) me! What more could a girl ask for in a Stud-Muffin? 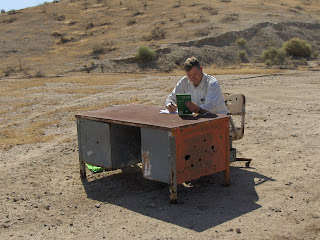 One of the most Stud-Muffin things he has done (as of now) is take me to Tokyo. I know right? How much more Stud-Muffin can you get? One morning a few weeks prior to our trip I was thumbing through my English Japanese dictionary and I decided to look up “muffin” thinking I could memorize it and then call him that while on our trip. Because, my sense of humor works like that.

San = what you stick at the end of a name to denote Mr. Mrs. Or a sign of respect.

A few things: the dictionary was tiny, the font was even tinnier, and I was reading it while shoveling delicious fish and chips into my mouth. So, I read “Maffin” as “Maifin” and then decided to make the word my own by changing it to “Maifan”

He doesn’t mind his nickname and a lot of my online friends (and even some real world friends) tend to call him that. So, it stuck, it works, and it is my own little way of calling him Mr. Muffin. 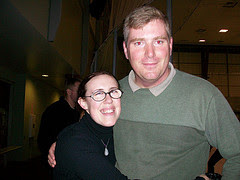 …and that is probably as much sweet as you can handle today and most likely more than you ever wanted to know about The Maifan-San.

Oh well, tomorrow (and over the next few days) we will be back to politics, what makes a drug a drug, interesting facts about Netflix, and oh so much more!
Thus sayeth Kaylia Metcalfe on Wednesday, August 12, 2009
Email ThisBlogThis!Share to TwitterShare to FacebookShare to Pinterest
Labels: Friends, Fun, Self

What I find particularly cute: maifan (マイファン) translates to "My fan" - which, of course, also fits rather well.

P.S. I just got the captcha "vatticat" which amuses me.

That was very sweet. I have to go brush my teeth now.

Thanks for the introduction to the Maifan-San, it has had me intrigued for a while now. Oh and I am one of the ten too, 'damn the man, save the Empire'.