The headline ran: Too Much Cola Can Cause Muscle Problems and even though there wasn't an (Soda Can Kill YOU!) it almost felt like there should be.

Yes, ladies and gentlemen, the science/media cycle is at it again. 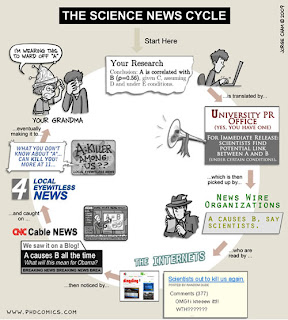 This time announcing the rather obvious fact that "Soda is bad for you!" with an added bonus of "How? Muscle Problems" and in the third sentence the phrase "serious paralysis" is used. Because if the scientist have taught us anything it is that when it bleeds, it leads in the world of the media.

Please note: I am not a scientist… I am just a reader of the news who occasionally likes to stretch my critical thinking muscles. Oh and I sort of have this odd vested interest in keeping my body healthy so even though I only rarely drink soda, I clicked on the article not sure exactly what I would find but at once willing to believe that soda can in fact cause muscle problems and also being wary of how such a claim was going to be proven.

Let me break it down.

Our bodies need potassium. We can’t have too much or too little, but like porridge, chairs, and beds we need to have an amount called in scientific terms “just right.” We get potassium by eating food with potassium and then our kidneys (nifty little buggers the kidneys) filter out the excess and send it off to be disposed of leaving us in balance. 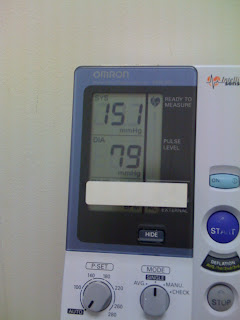 If, however, our kidneys aren’t able to do this job whether by some imbalance in the body or by an external stimulus, then our level of potassium changes. If it gets low enough to bypass the label of “low potassium” it reaches the level called hypokalemia of “H!” for the duration of this blog post because I am tired of Microsoft telling me I don’t know how to spell.

Ways one could be put at risk for H! include;
• Taking certain antibiotics (carbenicillin, gentamicin, amphotericin B)
• Taking certain drugs, called diuretics, that can cause excess urination
• Prolonged Diarrhea (including the use of too many laxatives, which can cause diarrhea)
• Having diseases that affect the kidney's ability to retain potassium (for example, Liddle syndrome, Cushing syndrome, hyperaldosteronism, Bartter syndrome, Fanconi syndrome)
• Having eating disorders (such as bulimia)
• Eating large amounts of licorice or using products such as herbal teas and chewing tobaccos that contain licorice made with glycyrrhetinic acid (this substance is no longer used in licorice made in the United States)
• Excessive sweating
• Excessive vomiting
• Kidney problems
• Lack of enough potassium in diet (rarely)

Now you will notice that several things on that list would already have you under the care and supervision of a doctor. Also, even though we take in potassium via our foods our kidneys are equipped to take care of the balancing for us, so eating an unhealthy diet (which you shouldn’t be doing anyway) will put you at risk but not nearly as big of a risk as say having one of those diseases or being one of those medications listed above.

In other words, while serious, H! isn’t sneaking around just waiting to attack you.

Now having H! can be a bad thing… there are a myriad of symptoms and such. What you need to remember before I helpfully list them for you is that every disease has a whole slew of possible side effects as do most things in life including vitamins, antibiotics, and generally living life. But here are the bad things that can happen should you get H!

Symptoms of H! include:
• Abnormal heart rhythms (dysrhythmias), especially in people with heart disease
• Breakdown of muscle fibers (rhabdomyolysis)
• Constipation
• Fatigue
• Muscle weakness or spasms
• Paralysis (which can include the lungs)

In severe cases, patients can develop paralysis that can be life threatening. H! also can lead to dangerous irregular heartbeat. Over time, lack of potassium can lead to kidney damage (hypokalemic nephropathy).

Again I want to point out that these symptoms are on par with anemia, caffeine withdrawal, hang overs… in other words lots of other things as well. (well ok maybe not that last one).

And the cure? An easy regiment of potassium supplements. Ta-Da! 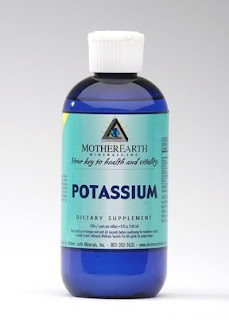 Ok, got all that? Still with me? 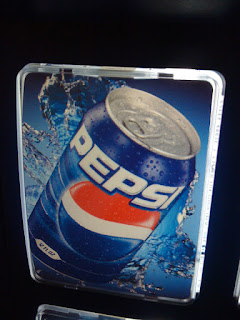 The article that started all this ,by the way, did not bring up any of that… instead it provided the following;

Elisaf [Mr. Science for the piece] said the three most common ingredients in cola -- glucose, fructose and caffeine -- can contribute to hypokalemia.

Notice the word "contribute" not the word "cause" Ok… fair enough, how?

"The individual role of each of these ingredients in the pathophysiology of cola-induced hypokalemia has not been determined and may vary in different patients,"

"However, in most the cases we looked at for our review, caffeine intoxication was thought to play the most important role. This has been borne out by case studies that focus on other products that contain high levels of caffeine but no glucose or fructose."

So… you are saying that one of the three ingredients has been linked to case studies…. That… say that that ingredient can contribute to H!... and since it is also in cola, then consuming cola can then also increase your chances of H!.

Anyone else see a bit of a problem with Elisaf?

Ok, to be fair, I am sure that the research was balanced and through and had a good sample size and such right? Right?


I didn’t think we need any more testing to tell you that drinking that much soda a day is beyond stupid. (and while pregnant? Even stupider.) Apparently I was wrong. Newsflash: Soda is bad for you.

So, the article? A waste of my time. But the research for this rant about the article… well, hopefully not.

Is there a link between soda and low potassium? It looks like there is a slight one, but one that needs more testing. If you are drinking that much cola then you should already be aware of the fact that you are harming your body.

Less soda, more of this: 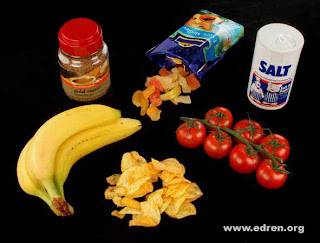 However, if you do end up with low potassium will you get H!? You might if it goes untreated for long enough. If you get H! will you suffer from muscle issues? You might… again depending on how long you go untreated.

So sure, drink enough soda and jump through the other hoops and you could get H! and then of course you would DIE and we would all nod sagely and say ‘Ahh yes, another death due to soda. If only she knew that soda was bad for her. If only someone had done a study and written an article or something….’

Good post, and an excellent description of the problems with reading too much into so little. From now on, whenever you question your own abilities, I'm going to remind you of this post.

Cynthia, that is the same article I discuss... just printed on a diff website.

So, no, that isn't at all "good" information.

It's a good thing this thorough and non-paranoid "study" implicates glucose, since glycolysis (the breakdown of glucose into energy) and gluconeogenesis (the construction of glucose for energy storage) are two of the human body's most dominant and well-characterized metabolic pathways.

Nice post! And i love that you support gay marriage.

Saw this via Best Posts of the Week. Mine was featured too!