Sorry this is a tad later than normal… I ended up in Santa Cruz last night and totally forgot that it was Thursday and not Friday.

It is Good Friday today… which means that Wall Street is closed, which means that I have the day off. Lucky me? It is a day off without pay… so, not super lucky but still, I plan on enjoying myself.

However, without further ado,… 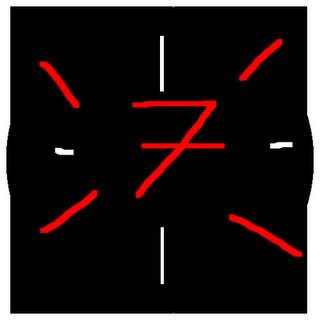 The Sin of the Week this time around is Pride.


Not a big shocker this week… had you been paying attention you probably knew that Pride was fast approaching and that it is the last of our sins.

I think they mislabeled this one. I think Pride is fine… but hubris is sinful. However, who am I to quibble?

Pride takes many forms and yes there are ways in which Pride is not at all a bad thing. as with many of these ‘sins” the general thing isn’t bad… but when it becomes too all encompassing or powerful a force in one’s life, then it becomes bad and should be avoided.

I struggle with pride. Not the arrogance hubris sort of pride… In fact I have a bit of the opposite problem stemming from a rather lower than normal self esteem and some very major body/eye/shyness issues.

But I do struggle with pride. I am often too proud to admit when I need help.

Now, you might be rolling your eyes and such, but let me explain.

I have poor eyesight. Not as bad as some people but vastly worse than most people. I wear glasses (bifocals) and I don’t drive. Nor do I see in 3D. I also have difficulty with depth perception, peripheral vision, and of course seeing things that are small or far away. Far away being a relative term meaning that no matter who you are or how well I know you, there is a VERY good chance I won’t know it is you until you are less than 10 feet away…. (Please make a note of this should we ever agree to meet up in a bar, coffee shop, beach, etc. I am not ignoring you… I just haven’t figured out that it is you who is waving at me from all the way over there…. And I have enough stories of getting in the wrong car, sitting down at the wrong table, dancing with the wrong guy, or waving at a total stranger, thus I am wary and will need more than a wave.)

It is actually very hard for me to admit all that… and this is the internet where one should be able to admit to all sorts of things because after all, you all don’t really know me right? But admitting that I have problems with certain things, that I am not as good at doing things as others, that occasionally I need a helping hand on the stairs or whatnot is very very difficult for me.

Because of pride. Because even though I have trouble, I like being self sufficient.

However, usually I get over myself. Not always, but mostly. I ask for help.

But I have an even harder time accepting it.

To the point where I have put myself in dangerous or stupid situations or paid extra or gone without because I didn’t want to ask for help or couldn’t accept the help that had been offered.

And that is when I know my pride has become hubris (arrogant pride) and it is at those moments that I need to remind myself that asking for and accepting help doesn’t make me a mooch or a looser.

It makes me human.


Okie dokie…. There you have it; Pride.

Feel free to write your own “Pride” piece and post it before next Friday… and make sure to come back next week for the Sin Wrap Up and Prize Drawing.

(Yes, a prize drawing… you all thought I forgot didn’t you?)

Interesting post. I have gotten better at asking for help but I still struggle with it. I'm inclined to think that it has less to do with pride than with shame, but maybe they are two faces of the same condition.

I posted a rather prideful piece about pride. I didn't re-read it. Probably should have. Agggh.

Hope your writing is going well.

Actually I think you are on to something regarding pride and shame going hand in hand… it is an interesting thought because it isn’t at first apparent… one might be tempted to think of them as opposites… but really if you get down into it, couldn’t some versions of pride be an overcompensation for shame?

In my example, one of the reasons I find it so hard to ask for and accept help is because I HATE the idea of needing help in the first place… I am embarrassed to say “this spreadsheet is too small for me to read on my own, I should use a magnifier or ask for a reprint… instead I muddle through doing damage to my eyes because I am too proud to admit I need help… because I am ashamed that I need help in the first place.

Thanks Raven… like always you help me understand everything a little better.

I think that shame is absolutely tied to pride - when one does not live up to one's own expectations and can not take pride, shame is often the "replacement". Also, a sense of shame in accepting help can be a result of pride, if our expectation is that we should be able to function without said help.

Mmm... as I was reading this I couldn't help but wonder if there was a connection to the reason you use such a small base font for your blog.

I knew this would be a tough one, and I was really beginning to think I'd have to abandon the photographic angle finally. And I considered just begging to see if we couldn't just do Lust again (I like Lust).

But that would just be too big a blow for my pride to withstand. And besides, I couldn't do any worse than my entry for Sloth, now could I?

I've always had this same aversion to asking for help, but in my case I think it's more of a trust issue than a pride issue. Or perhaps a control issue -- as in I don't want to feel "beholden" because that gives someone else a degree of control over me. Which probably as its roots in... well probably several places, but none that I want to go back to.

This has been fun. More than I expected even. I almost hate to see it end.

Sorry I missed this last Friday, Kay. But I wish you luck with your short story collection and your intended move. Come back to blogging regularly when you can and pop in and out whenever! We'll all be here when you get back. :)

Sorry I disappeared like that. I met a pretty girl, and well... I'm sure I have no need to say more on that subject. Needless to say. writing blog posts fell a few notches down the totem pole, and the infrequency of my writing of late should let anyone know how far down it already was. Such is life, no?