(Yes, for all of you out there doing math in your head, I am a fair bit older than both of them… )

Kristen was my first little sister and she will always hold a special place in my heart. 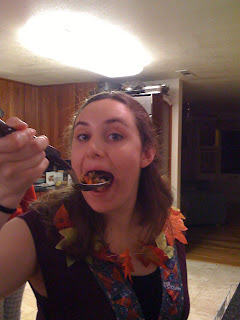 I wasn’t really looking forward to having a little sister if you want the truth. I was slightly annoyed by the sudden appearance of a garbage can in my bedroom one afternoon.

“What’s that?” I shouted at my mother who’s expanding belly had been a point of mystery and slight trepidation over the past few months. I had been told that a baby was coming, I had been told that I would be lucky enough to be a big sister, I had even been present at some of my mother’s more dramatic moments of morning sickness and while I was in the third grade and thus had a vague notion of what was to come, it hadn’t really sunk in quite yet.

“What’s what/” My mother was preoccupied with her belly and all the normal nesting things that mothers-to-be are, I think she was needle pointing or sewing something in her rocking chair during this conversation. I was standing in my bedroom and glaring at the new thing that didn’t match anything else.

“The garbage pail in My Room!” I shouted back, I had to shout (she was in the living room) but I added the higher volume pitch at the end because I wanted her to know that the movement of any new items into my room was subject to discussion. This was more than just my dad’s winter coat living in my closet… this was bright blue and looked mildly threatening sitting under the window.

Her response from the living room: “Oh, that. It’s just the diaper pail.”

Could there have been a worse answer? I practically flew down the hall and stood panting in front of her.

“The diaper pail. For the baby’s diapers.”

“But…” I was flabbergasted and disgusted, “We are going to keep them? In my room?”

My mother rolled her eyes at me. “No, we’ll empty it when it gets full. And it’s the baby’s room too now.”

And that is when it dawned on me: My life was never going to be the same.

Thankfully I had calmed down a bit before the crib, the dresser, and all the other baby things invaded. Although still worried about more unforeseen impacts on my life, I was looking forward to the baby.

And then she came.

She arrived on a Monday morning while I was taking a spelling test. Apparently she arrived a touch too fast for anyone to come get me from school and save me from the spelling test, but I have since forgiven her.

She was… beautiful. Perfect in every way. She had teeny tiny little hands and teeny tiny little toes and her eyes were huge and blue. I remember the first time she fell asleep while I was holding her and my mother told me that babies know when they are safe and that she must trust me an awful lot in order to fall asleep like that. Now-a-days I wonder if my mother slipped her something but at the time I was thrilled that the baby trusted me and I fell in love with her completely.

She was loud. She was needy. She took over everything. She cried. A lot. When she got older she followed me around everywhere and called me “Min-A-Me”

She drove me nuts.

And I am so glad she is my sister. 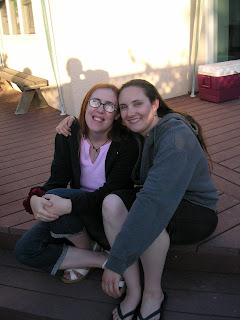 It is an odd thing… having a little sister changed my life in unimaginable ways. I can’t think about love or loyalty or depth of feeling or protectiveness or hope without thinking about her. And it used to just be a semi-maternal feeling… but it has grown and changed and I happily count Kristen among my closest friends. I know I can call her and cry about life and that she will be there for me. I actually think at times that she is the big sister… she never ceases to amaze me with her poise and her ability to think things through. I know I have leaned on her perhaps unfairly over the years and I am so very honored that she has not only allowed me this luxury but also that she continues to not hold some of my bratty adolescent moments against me.

A few years ago, it must have been 2000 or 2001, I caught a glimpse of her out of the corner of my eye as she walked through the room. She had her hair up and a look of determination on her face… and in that instant though she was still a teenager I saw her older. I saw her mature and capable and sophisticated. I saw her as a confidant and a friend and I knew that she was going to be one hell of an amazing woman when she finished growing up. 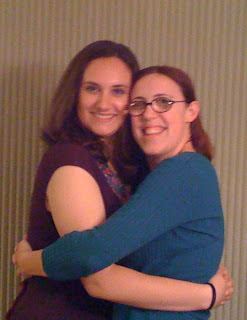 I love you Kiddo. Thank you for being my first little sister.
Thus sayeth Kaylia Metcalfe on Saturday, January 24, 2009
Email ThisBlogThis!Share to TwitterShare to FacebookShare to Pinterest
Labels: Self, Sisters

Happy birthday Kristen. I want a big sister too!

That was so nice to read! Happy birthday to Kristen!

Dayum. Did you really tie her to the swingset?

I suddenly feel not so bad about all the stuff I did to my kid brother when we were kids.