Welcome to the 2nd installment of my Flash Fiction series.

Wordsmith has a monthly Flash Fiction prompt… and being the shameless self promoter that I am, I have decided to take part.

Part Two below picks up in the same place and time… so feel free to read it alone or in sequence.

Part One is here


Here was the photo prompt for part two. (Part Two after the image.) 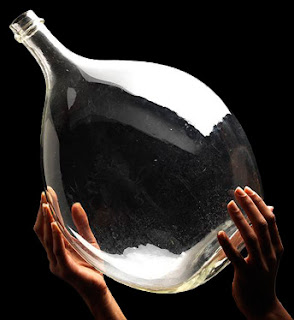 The moments stretched on. Slowly the weak sunlight moved from one end of the bench to the other changing everything and nothing at once. At last he lay the stub carefully down and let out a breath he hadn’t been aware he’d been holding.

“I’m done.” He said, his voice hushed by the moment.

She opened her eyes and then moved her body, gingerly, as if reacquainting herself with its movements.

He crossed the room and turned on the lamp filling the room with harsh yellow light.

When he turned back she was sitting on the edge of the bed, her legs spread, her hands cupping her stomach fingers gently tracing the outline of herself.

“Do you need… anything?”

She looked up at him, here eyes still blank, her mouth still cruel and shook her head.

He knelt down and ran his hand across her tight skin, feeling the warmth of her body. He was awkward but driven and his hands smelt of charcoal. Her hair held the faint aroma of vanilla.

Catching his breath at last in the sudden silence he looked down at her and wished that he could draw this part of her, share in the darkness that now enveloped both of them. He felt a primal need to mark her skin with thick black dust. He thought of ancient women dancing in firelight, their bodies covered in paint.

“Your time is almost up.” Her voice brought him out of his reverie.

“Yes, yes, I know.” He moved quickly back across the room and fumbled for his wallet. “Maybe I could pay you for a little longer.”

“No,” The tone was flat, the eyes were sharp. She stood and turned away from him, her silhouette on the wall long, her belly a large and uncompromising shape. She bent over awkwardly and began to pull her clothes back on.

“Wait,” He suddenly felt protective, “Can I give you a ride somewhere?”

“Just the money.” She was dressed now, her hair up. She wound a scarf around her neck.

He held the bills out and tried not to feel resentment as she counted them and then put them neatly away next to the “up front” cash he had given her two hours ago.

She shut the door softly behind her and he listened to her descend the stairs.

From behind the curtains he watched her blend into the street traffic, her head down, her shape almost completely hidden in her coat.

Kaylia, I love this story. I read part two first, and felt complete when I read part one. I think you have achieved one of your goals ... that is, one day writing something worth reading. Thank you.

This is a neat story, but what does it have to do with the picture? Did she hold up the jar?
Anyway, you write really good.

i can't help but wonder how much she got....

Oh I like this. You have a masterful grasp of imagery. Gotta wonder though... did she do more than model? Sorta sounds like it.

Hope she got a good tip out of the deal at least.