Are you kidding me?

So I was so distracted with what Californian’s were doing to the constitution, I almost missed what the crazy people in Arkansas were up to on Tuesday.

If you live in Arkansas , you cannot adopt or foster a child if you are not part of a heterosexual marriage. So not only do gay couples not get to adopt… but no single parents either.

No single parents. Because single parent households must be defunct in some way. Kids brought up with one parent will obviously grow up to be delinquent members of society, living off of welfare and participating in unsavory life style choices.

Like this man who was raised without his father. 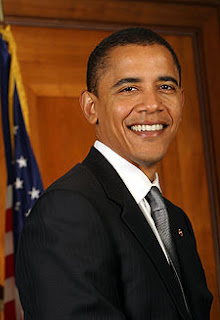 Because obviously being left to languish in foster care or a group home is so much worse than being raised by a loving parent, or two.

I can't decide whether this type of closed-minded bigotry scares me or saddens me more.

I'm truly embarrassed to be from Arkansas after this bill passed. It's just the most shameful thing I've seen here.

But, make no mistake about it. This banning unmarried couples and single people from adopting thing is part of the right-wing whack-jobs agenda. It will come up in other states too.

But you picked the wrong person to use as an example, there's plenty that is unsavory there.

@Jayson: Hmm, I think that even if you don’t agree with his politics… even if you don’t think he was the right choice for the job he just got elected to… I think you could still make the argument that he grew up to be intelligent and motivated and not delinquent and “bad” or suffering from some sort of drug problem or an antisocial disposition….

All things that I have heard to describe the poor unfortunate souls who don’t have both a mommy and a daddy.


(And thank you Jay for informing of this in th efirst place.)

You have now been added to the blogroll. Honestly, I thought I had already added you a long time ago!

I find it interesting that W got in the presidency because of his father and went on to leave the worst legacy of just about any president in recent memory.

Nice pic. Obama may be our first handsome president. Honestly, I just like to look at the guy...AND I bet he can say the word 'nuclear' and not come across like a glue sniffer.

I live overseas, and for the first time (it was a day after he was elected) I was not only proud, but comfortable with telling someone I am American.

The pool guy at Thunderbird asked me what nationality I belong to. I said, I am American.

And so, for the first time in a long, long time, I said it with pride and with no apprehensions or feeling the need to explain my race to someone.

I know, this is totally off-topic, sorry!

Before snapping to judgment on me and what I think, since it opposes most who read your blog, google William Ayers(his group blew up a building my friend's father was in moments before it happened). Obama's political life began in the guy's living room, no matter what the democratic party says of their relationship.
Also of note is Tony Rezko, and everyone's favorite pastor the Right Reverend Jeremiah Wright.

I'm not any more fond of the current administration than the rest of you I'm sure(though most likely for different reasons). However, I do not believe Mr. Obama to be the correct choice for our country given his connections.

I stand by my statement. Appropriately, the word verification is "sadly".

Jayson: Thank you for reading and commenting here. I value the fact that you don’t always agree with me on things… That being said, I don’t think that Obama was the best or the only “good” choice for the job of president. However, I DO think he will do better at it than McCain who’s politics and positions I heartily disagree with. The choice came down to these two… and several of us chose O over McCain.

Again… my entire point was that even if you don’t agree with his politics of who he may or may not be connected with… the fact is that several if not all of the negative generalizations lumped upon the heads of children raised n single parent homes simply do not fit. In fact… even though McCain’s father was present, McCain himself has spoken of a childhood filled with times of his dad being gone and his mom doing most of the childrearing.

My point was, and still is, that banning single parent homes seems counter productive. Regulating who has the right to open up their hearts and homes to children in need is a good thing when those regulations are based on the best welfare of the child. Regulating from a sense of religious morality is wrong, in my book at least.

Kay, I don't disagree with the point of your blog, and yes, there's the "poor single parent child grows up to be President" element, which yes, bully for him. My point was simply that being able to navigate the political minefield to come out on top does not necessarily paint one to be an angel, or even a savory individual. Apparently I wasn't concise enough in my point, and for that I apologize.

Do you know what almost everyone says about mass murders, local terroists (as in born and raised in the USA), and other generally bad people? "He came from a good home", "He was always good to his parents", you get the general idea. Who raises a child matters, but how many of them or if they like the same sex over the opposite doesn't matter in the grand sceme.

The passing of this prop in Arkansas and prop 8 in CA and similar props in other states both in this election and in 2004 comes from the fear-mongering, ulta-religious who would rather make everyone like them than be a true part of the free-thinking land they claim to love so much. I find it ironic to see the WWJD stickers right next to the Yes on Prop 8 ones because it shows that without Jesus here to lead the sheep (like the good shepard he was), they will follow anyone. Jesus would cry for all that has been done in his name by these nutjobs since the day he left.

And in all honesty, who does it hurt if 2 gay men raise a child who would have otherwise been raised in a foster care system which is broken and leads children into a life of crime. Or even if that couple wants to get married and help the economy by having some of the most extravagant of weddings. Tell me who it hurts and how and then we can have a real debate/discussion.

Oh, and btw, just because Obama didn't bring up all the skeletons in McCain's closet doesn't mean that they aren't there. It just means that Obama was trying to act in the manner a president should. Maybe that's why he won???