Recently I wrote a blog post about two things: the "wear red for women" day of action and the scary news that there is something worrisome going on with my optic nerve.

The first subject was given less than 75 words in which I said I was taking part but wasn't sure the action was going to be all that impactful.

The second topic was given more than twice the number of words and featured some of these !!!! to illustrate my worries.

A stranger wrote in! How nice!

"So, tell me, what does your SUPPORT really look like? What are you supporting and WHAT ARE YOU DOING PERSONALLY?"

Thanks for missing the point of my post. Thank you for ignoring posts like this one where I talk about what I do. Thanks for yelling at me. Thanks for making me feel defensive, like maybe I am not doing enough in your eyes.

No really, actually thank you.

I don't know what I could do to prove to you that I am a legitimate activist.

And you know what? I'm ok with that.

Ten and a half years ago I was attacked in my home.

Because of this, I am very twitchy about answering my door. But on the whole, I feel I have recovered as well as can be expected and I don't live my life in abject fear.

So today I took the kiddo to school and then went grocery shopping. (Wild life, I tell you). At the store the solar panel company called to let me know that a city inspector needed to come by for a final inspection. Sure, I said, I will be home after 12.

Ok, we will tell him to come this afternoon.

Groceries in hand, I go home where I strip down and prepare for a much needed shower. Just as I am getting in, I hear what might be the door. Well, it is 9 am, so way too early for the inspector, but typical mail man time and I know he will just leave my package on the porch. Plus, I hate answering the door and, again, I am totally naked and might not have actually heard the door anyway.

So I take my shower.

Less than ten minutes later (CA is in a drought you know) I emerge from my bathroom wrapped in a towel and walk through my bedroom.... only to realize that there is a shadow and footsteps visible through the back window.

There is a man in my backyard.

My body starts to shake. and I can feel all my muscles clenching.

Calm down, I tell myself. It is probably the inspector.

The gate is locked. Don't they need permission to enter your backyard?

Let's take a moment to reread the beginning statement of this little essay. That day I opened the door around 4pm on a Monday afternoon, my hair dripping from the shower, wearing the nearest sundress I could find to throw on my still sudsy body when that unexpected knock had come at my door.

But it's almost ten years later. I live a much safer life now. I live in suburbia for goodness sake. And there is a very real reason for an inspector to be here.

Pushing aside thoughts of him jumping the fence, I throw on a tee shirt and jeans and muster up the courage to open the back sliding door.

Hello, I say, in a voice I hope is haughty and stern

Hi, the man on the step ladder fiddling with the area next to the electrical box says, I'm patching this hole.

Gentle reader, you might wonder, as I did, what the blazes he was talking about.

Well, see last week an electric company had come out to instal a new electrical box on our back wall to pave the way for the solar panels. The team had arrived almost two hours later than they said they would, had stayed late, and someone on that team had peed on the sidewalk near our side gate.

Yes, the sidewalk. Not the grass, or the dirt, or the trees or behind the other side of the house... but the sidewalk between the side gate and the backyard... you know, the place where people walk. Matt almost caught the guy doing that and we had already called and complained. Not wild about any pee in the backyard but VERY displeased about the choice of location.

Realization dawned on me. The man who had clearly jumped my fence and was patching a hole in the wall, was part of the Pee Team from last week.

And he didn't seem all that worried about my frosty glare.

Over the next hour or so I swung back and forth between rage and terror. I called the solar company who called the electrician company. The electric company said they would call him and have him wait in the front yard for further instruction. I found the safest room in my house to barricade myself into although I knew intellectually that there was no need. I had no idea if Fence Hopper Man  was still back there or not. I

The inspector, btw, showed up at 945. He assured me that there was no one in the backyard, but the electrician truck was still parked on the street. Matt got home and made his own round of angry phone calls.

When questioned by my pretty upset and imposing husband, the guy denied jumping the fence but offered no other way he had gotten into the back yard.

The hole is patched, the inspection has happened. All's well that ends well.

But I am still twitchy.

I know I am bringing my baggage to this. I wish I could just shrug it off. I wish I didn't feel the need to have a few cathartic sob fests today. I wish my hands would stop shaking. I wish my mind wasn't plunged into memories and that this was a funny story

Here is my good moment for today.
Thus sayeth Kaylia Metcalfe on Monday, March 20, 2017
Email ThisBlogThis!Share to TwitterShare to FacebookShare to Pinterest
0 comments

Some of my artwork is currently on display over at the Gillis Branch Library.

I did find it funny that they hung a few pieces "upside down" but I actually think it might say something about both me as an artist and them as the audience... so I only fixed one.

Anyway, hope you local people can swing by and enjoy the show while it is up.

We got ourselves some fancy solar panels!

Actually it is nice to know that we are helping the earth in a tangible way and that our carbon footprint is less. 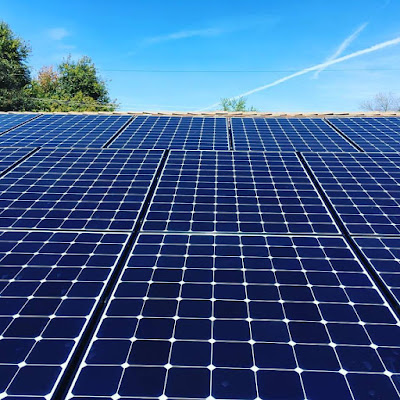 I am missing FogCon again this year... but my desire to be there next year complete with things I am proud of and projects I have been working on has been renewed.

Better get back to work!
Thus sayeth Kaylia Metcalfe on Wednesday, March 01, 2017
Email ThisBlogThis!Share to TwitterShare to FacebookShare to Pinterest
0 comments