Local Celebration for the end of DADT. 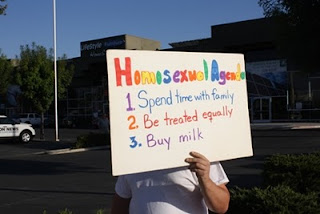 It was Tuesday night and a small but mighty (and loud) group of us had gathered to celebrate the end of Don’t Ask Don’t Tell at the corner of Shaw and Blackstone,

In a white pick-up truck a man tried to ignore us, but the woman in the passenger seat insisted on honking in solidarity. 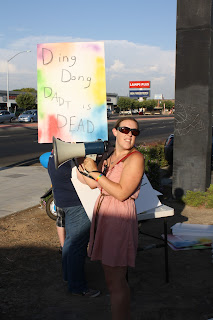 In another truck, a group of migrant workers broke out into cheers and waved wildly as they drove past.

A man in a red car stared with contempt, unable to look away he watched 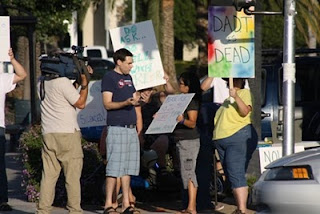 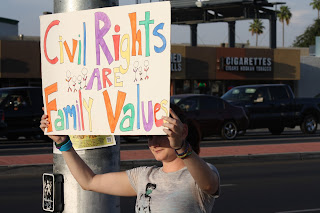 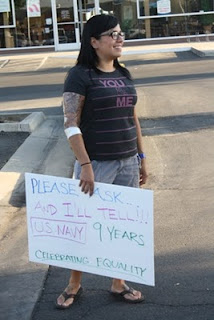 We laughed, we shared stories, we cheered.

It was hot, but it was worth it. 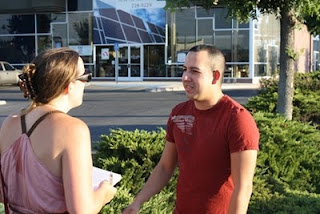 I talked briefly with Jose, one of the victims of DADT. Not only was he demoted, but his eventual discharge made him feel unwanted and very frustrated.

He was only too happy to see the end of DADT and told me that he had been at the recruiting office that very morning to try to sign back up.


Over eighteen years, over $2 million spent in discharges, over 13,000 discharges… And now it is over. 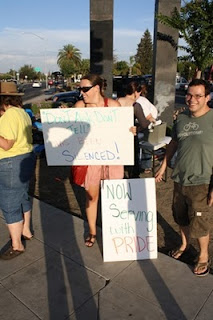