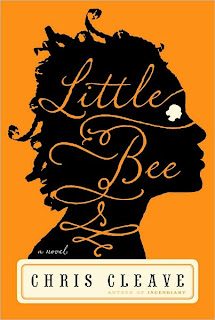 
I was a bit wary of the book when I started it. About half way though I found that I was really really enjoying it. Towards the end I had retreated to my state of wariness, and upon completion I was filled with the sentiment that can only be described as “frustration.”

The prose is well crafted, the narration is sometimes clunky but well intentioned, and the plot mechanics work until they simply don’t. But that, I have been told, is life. We don’t always get a Hollywood ending and in truth looking for one from this novel would be a colossal mistake.

The best parts about this novel were the two voices that wove together a complex story. Cleave shines in his ability to create such dynamic and believable characters. Like real people, they are flawed but they are also beautiful in their own ways. They are not soon forgotten.

I would recommend this book for the poetic of mind and the soft of heart. Weaving together dark comedy and universal truths, Cleave has created a story that is defiantly worth reading.